In life, there are two kinds of people. The people that do – and the people that watch whilst slowly shaking their heads and quizzically raising an eyebrow. Not two. No, raising both eyebrows is too extreme and is a weapon to be utilised at only the most strenuous of times.

What I learnt today is that I am most definitely the second of the two.

I mean, there was never much doubt in my mind that I enjoyed being the one to roll my eyes as much as having eyes rolled at me (hey – it’s funny to irritate people, don’t even deny it) but last night really confirmed where I belong.

You may be wondering what I’m on about. You may be intrigued to witness my descent into poetry (hint: it’s life-changingly bad. You’ll be a new person). You may even be looking at my jumper like “Ohmygosh, where did you get that?”

Well, all in due time. First – context. Yesterday, one of my best friends and I (I don’t know why I’m lying; there was no we in this situation – he wanted to go and dragged me along) decided to go into London after work and ride the Emirates cable cars. Sounds cool, right? Sounds like an experience, a nice opportunity to take pictures and a great view.

What was it? A small cage of death.

Ah yes, you see, when we got there I remembered that I have a pretty crippling fear of heights. Yep. I know – how could I forget? Well, the thing about me is that I have what I like to refer to as disaster brain. My brain soaks up interesting (read: pessimistic, worrying and deadly) facts and, when in pretty much any situation where something could go wrong, it will throw disaster scenarios at me. Swimming in the sea? Yeah, more like being dragged by the current to your death. Tubes? Well, I’m claustrophobic for one but two Final Destination. And heights? Well, sure, if you want to plummet to your instant paralysis and be stuck trapped inside your mind for the rest of your depressingly long life. Yes, there are worse things than death – and, naturally, they would happen to you.

You can easily imagine that I’m scared of quite a few things. However, I come from a family of hypochondriacs so blame them. Anyways, I’m not a big believer in letting things like irrational fear stop you. Especially as I have big plans – and having ingrained fear of every possible disaster is just not going to work for me. How on Earth am I going to enjoy my jungle adventures if I’m worrying about all the many incurable tropical diseases? (Valid concerns.)

Hence why I forced myself to get tubes in rush hour just to get to college last year. I now travel to and through central London pretty much all the time and don’t mind it. Sometimes dealing with your irrationality can be productive to conquering it.

Heights are not one such example.

Heights are for people that don’t love their life.

While on these cable cars, (which, by the way, we had to get both ways because on the other side is literally nothing. My escape attempt was cut very short.) I was very much convinced I was going to die and many thoughts ran through my head. The main being why the actual fuck do people willingly do this to themselves.

And so, hating my own “thrillseeking” adventure, I decided to share my thoughts. Through poetry.

You are insane. Stop making it look fun, it’s misleading.

I know; Edgar Allen Poe would be jealous.

So, to conclude, the Emirates cable car experience made me really contemplate my life in depth. Ultimately, though, I would very much recommend it.

If you’re suicidal. Scratch that – if you’re suicidal but can’t quite muster the courage to kill yourself. Because once you’ve ridden this and stared death in the face I’m sure you’ll be able to do anything.

Did I just promote suicide? Ignore that, kids, suicide is bad and life is great. Hence why this death trap is going straight on the list of things I will never fucking do again.

(And the jumper is available on my Zazzles store here)

I hope everyone had a pretty decent Friday – let me know if you liked the post kids!

13 responses to “Dear Thrillseekers : A Poem, An OOTD, A Letter” 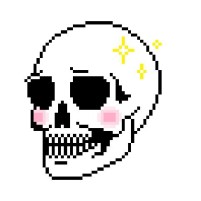 POSTS YOU NEED TO CHECK OUT

{ I like music - good music, of all kinds - art, plants, lace, velvet, kimonos (although that devotion is practically a religion) Adventure Time, The Grim Adventures of Billy and Mandy, books, games and pretty much anything that doesn't require me to leave my bed }

✨✨✨✨
Posting on insta bc I just got out the shower, I’m freezing cold and procrastinating having to get out of my towel. Send help (and moisturiser) (possibly a face mask) (if you’re sending things, you may as well send me money too) (pls)
Toronto > New York
Idk how people dress smartly for the airport tbh I’m a solid hoodie and leggings kind of girl... if a zombie apocalypse breaks out and I need to run for a plane to safety boyyyy I’m ready. ✨✨✨✨ #ootd #lifestyleblogger #blogger #travelblogger #ootdfashion #fashionblogger #fashiongram #travelootd #airportfashion #airportstyle #ihatehashtagsanddontreallythinktheywork #butyknowbeingagoodblogger #whichisoverrated #andinalllikelihoodadyingcareer
I feel like this sign just flashes on repeat in my mind
Throwbackkkk Tuesday to like two months ago bc feed ... I was so tanned and I miss it
We quite literally saw the end of the rainbow 🌈 therefore, I am expecting a big deposit of gold/a currency equivalent (I mean gold SOUNDS great but in reality I can’t walk into river island and try to buy a dress in gold; that would be ridiculous) and I will be able to buy my van and disappear 🤸🏻‍♀️🤸🏻‍♀️🤸🏻‍♀️🤸🏻‍♀️
Indeed
If you want to read about me fucking up a gingerbread house, new post is live 😉 (link in bio brooooooo)
We went to a psychic yesterday aaaaand apparently my life is going good bro. Lots of travel, lots of creativity.... apparently I’m going to be taking a lot of journeys (with safe passage) and will come back with a different outlook.... February 2018 is a crossroad but I have good intuition (lol I know she was probably a fake) and it’s going to benefit my life. Ain’t that rather lovely. #blogger #bloggerstyle #fashionpost #lifestyleblogger #unif #ootd #ootdfashion #fblogger #bloggergram
✨✨✨
*cries bc the killers were so good* *also bc Toronto is such a cool place*